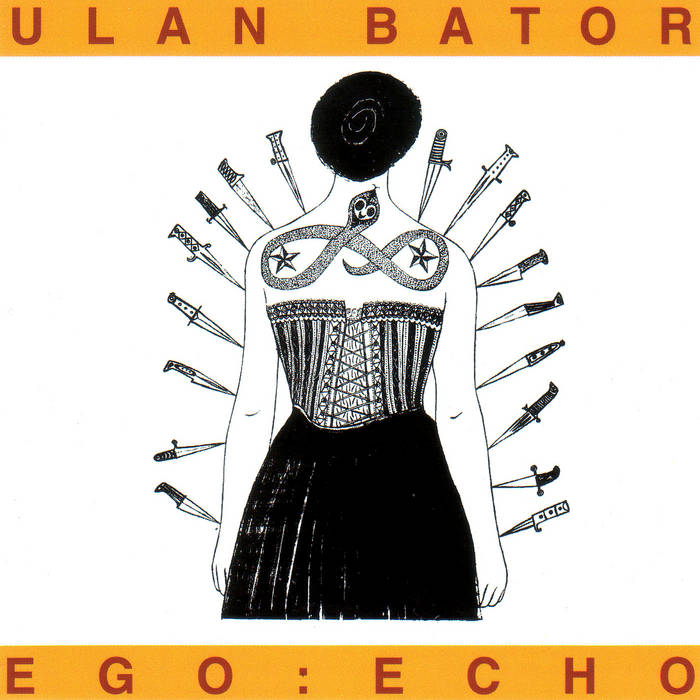 "One summer, in the midst of a debilitating heat-wave, Ulan Bator and I (complete strangers to each other at the time) locked ourselves up in a tiny recording studio in a village just north of Florence, Italy, for 18 hours a day for three weeks. We got to know each other pretty quickly! Of course I'd heard demos of the material that eventually became the songs on this recording, and I'd heard (and been a fan of) their earlier records, but as we started to work it became obvious to everyone that we had to be open to anything, to be willing to start from scratch in some cases - just throw everything out the window and make something happen right now if we were going to rise to the potential of the moment. So, much (though certainly not all) of this music was written and/or (re)arranged on the spot, as we worked, under increasingly intense pressure. Adrenaline, stress, heat, chaos, and panic, combined with the language barrier (they're French, the engineer was Italian), forced us into places we never expected to end up in, which to me, was incredibly elating. In some cases the basis for the song started with just a groove, or an electronic sound, or a vocal idea, or an accidental noise, and was eventually wrestled into the final version you'll hear on this CD (though other songs are re-arranged versions of material they'd previously worked out). To watch them play, cramped up in the miniscule (about 8' x 12', as I recall) recording booth - bass, drums, guitar and amps included - strangling the groove out of their instruments with completely uncynical and unselfconscious commitment (and this from unrepentant, intellectual "art rockers" - a breed I usually find to be pretty anemic, at best, and merely clever, or "hip", at worst), was a joy I'll never forget. Their musicality and their dedication to making something powerful and clear out of whatever raw materials were at their disposal at the time (sometimes a grand piano, for instance, or other times a piece of looped digital feedback), coupled with their immense knowledge and enthusiasm for the music they love that's gone before them - from the Beatles and Beach Boys to New York No Wave to Krautrock to experimental electronic music - combined to make this, I think, a great "experimental rock" record - or whatever genre you want to call it. To me personally, it's one of the most rewarding records in which I've ever been involved, and it's an honor to be able to release it on Young God Records. I think if you listen to it with even a fraction of the pure enthusiasm of its intent, you'll find much to enjoy here. As for the lyrics being sung in French: Tough luck, they are French.

Featuring appearances from Kari Faux, Bluestaeb and and interview with NY-bred artist Wiki